Facebook and Facebook lite both are the most popular social applications. The only difference is the lite version is designed and made for older Android devices. While the normal application is for premium Android smartphones. Today I will explain every aspect of these two applications so keep on reading.

When Facebook released its first lite version of the application. It was only available outside of the USA. But now it’s available in the USA as well as all over the world. However, it is the best app for those Facebook users whose smartphones are less in hardware specs. Also, for those who are living in areas where internet speed is slow. 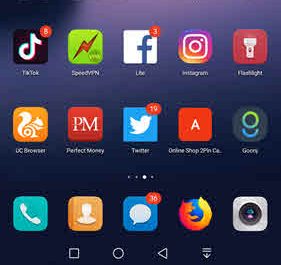 The app does have not tons of similar features as the Facebook regular app. For example, the Facebook app still don’t have the dark mode on Android and iOS device. But the lite has it and you can easily activate it without any hassles. However, it’s ultra-fast even on low-speed internet connections such as 2G and 3G and uses very little of your data. In short, it’s a data and hardware-saving machine alternative to the Facebook regulars app.

How to Enable Official Dark Mode on Facebook Lite

They have reduced the animations and script usage for faster load with low internet speed. However, you will be amazed to see all the features available in the Facebook lite version. The only thing is there is no animation and no beauty it’s simpler and clean. Note that the lite version UI looks a little bit ugly on devices with a larger display, with smaller or normal display devices it is fine.

You will be amazed to know about the hardware usage difference between Facebook and Facebook lite. The normal FB application uses up to 97% of your Android device’s hardware. While the Facebook lite version uses less than 5% of your smartphone hardware e.g RAM, CPU, GPU, etc. That is a big difference and a reason I switched to the FB lite version.

The lite app can run smoothly on a low-speed internet connection while the normal one doesn’t. The app works great on even 2G, and 3G internet connections. But the normal app requires 4G for a better user experience. In most areas in your country where the regular FB app doesn’t work properly on low internet speed. Just download and install the Facebook lite version and you are good to go.

What you can do on Facebook Lite (Salient Features)

imaging what you cant? The Facebook lite app has almost every single feature in it as compared to the normal app. You can do likes, comments, mentions, profile management, timeline features, privacy control, all blocking and unblocking features, and much more. The only thing you would need to find it. 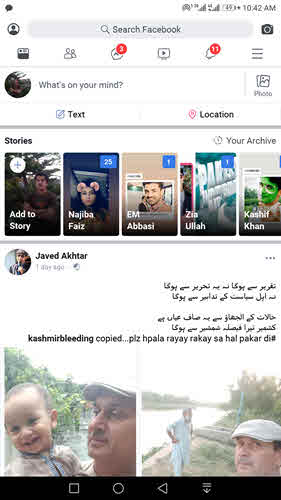 Yes, of course, it is very safe to use Facebook as it is from the official Facebook. The purpose of the app is to let users use Facebook while their internet speed is very slow. It is an easy-to-use and very lightweight app for everyone who wants to be online with a slower internet connection.

I will suggest you download and install the lite app. You don’t know where and when but you will definitely need it. Don’t worry it just takes 2 to 4 MB of your Android phone’s storage. It not gonna any of your phone’s RAM, CPU, and GPU unless you run it. For more information comment below.

How to Enable Official Dark Mode on Facebook Lite